Canals of Amsterdam: Waterway of the Month 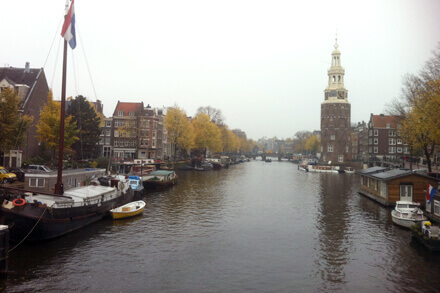 Elco’s waterway this month are the canals of Amsterdam, one of Netherland’s top tourist attractions. These canals are included on the UNESCO World Heritage list, are monumental to the Dutch mercantile spirit, and a symbol of the Golden Age. There is no better way to experience Amsterdam then by boat! In recent times, the number of boats on these waterways has risen dramatically and has taken away from the calm sanctuary they were once known for. This has lead to disorder between the big canal boats and small privately owned boats that share these waterways. Many locals have been victim to the overwhelming exhaust fumes, traffic and noise caused by the increased boat population.

Why is this our waterway you ask? The Amsterdam city council has planned to permit electric only motorboats on one of the city’s main canals. The council also plans over the next few years to extend the measure to all of the canals of Amsterdam. This measure will not only be beneficial to the environment and houseboat owners but as well as recreating the calm haven it was once known to be.

Elco has been attending the METs trade show in Amsterdam for the past 3 years and will be back in 2013 as well. What a beautiful city and what a perfect application for our Electric Propulsion System.